Be first to read the latest tech news, Industry Leader's Insights, and CIO interviews of medium and large enterprises exclusively from The Manufacturing Outlook

Thank you for Subscribing to The Manufacturing Outlook Weekly Brief

Networking is not only a critical term and skill in technology and career advancement, but I would argue, is the backbone of the people, process and technology levers as well. When I want to implement a new technology solution, I turn to my network to see who has what experience. Do they like the solution? Was it easy to implement? Would they do it again? What issues are they having? How long did it take? All critical data points.

One way we historically put this into action was to form a user group around a particular contract management solution. For me, it was a “support group,” because my company was struggling with its implementation of the solution. We did not necessarily like the tool. We were having challenges with user adoption. But, by bringing together a group of individuals that were all users of this solution to talk about the technology: the bumps and the warts, we became more knowledgeable and more powerful. We shared how we implemented certain components. We shared who we worked with at the vendor that were good, and those that were not so good. More importantly, we amplified our feature requests to the vendor. Instead of the vendor hearing from me, as one of their customers, we instead asked for feature enhancements on behalf of a dozen of their customers.

Another way that my network is critical is when I needed to benchmark staffing ratios. I turned to my network to understand that they are doing.

Similarly, when I needed to assess a process, I turned to colleagues to understand how they do it at their companies.

Networking is not only a critical term and skill in technology and career advancement, but I would argue, is the backbone of the people, process and technology levers as well

Data and knowledge sharing, and thus, our networks, are at the core of many of our roles. The old adage, it’s not what you know, but who, comes to mind. I thrive, because I have the support of others, namely, the Corporate Legal Operations Consortium (CLOC).

Professionally, CLOC provides this amazing network, and more. This organization has connected me with casinos in Las Vegas, with in-flight entertainment providers in Illinois, with legal operations executives fighting the same battles as I, globally.

We are an organization that thrives on this network: A complex system of interrelated people. People who can and do share experiences, People who pay it forward so that someone else doesn’t have to reinvent the wheel, People who want to share their expertise and wisdom, People who are newer and need help, People who are connecting, not only with other in-house legal operations leaders, but with the entire legal ecosystem of law firms, law schools, legal service providers and legal technology providers. People who are creating the tide that raises all boats.

Recently, I benchmarked within CLOC on seniority levels within legal departments. This essentially was a request from my general counsel. We wanted to promote and we needed to build a case for our human resources team. Data is power. And what better leverage than to be able to provide a spreadsheet of what other major companies looked like from a seniority perspective. CLOC, with over 1100 members and a geographic reach of over 30 countries, was a perfect community from which to gather information. And it was just one email away.

Similarly, at our 2017 Adobe Worldwide Legal Conference, we had a session about trying to crack the knowledge management nut. Our own, very intelligent legal professionals weighed in on what we needed to do. We listened and heard. However, the next step of refinement was to leverage my network of CLOC colleagues and the legal ecosystem. What’s working? What’s not? Who can help? I don’t need to reinvent this wheel when I have colleagues, and law firm partners and legal technology partners in my network that I can leverage.

For Adobe, neither technology, nor process, nor people, should be viewed in isolation. They should be evaluated as possibilities that all have the common underpinning of knowledge through a network - someone else with experience and dexterity that can help me move the needle; that can help me avoid pitfalls; that can create the tide.

To be successful in an operational role, a role focused on efficiency and effectiveness, it is critical to avoid being, or thinking in a silo. Leverage every resource around you: from tools and technology, to your network of people, and watch the magic happen! 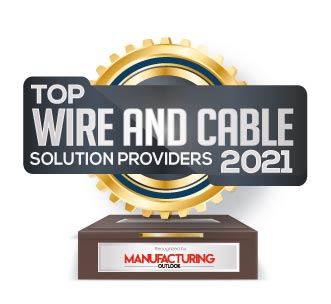 The 3 Top Moves to Mitigate Inflation

Evolution of the chemical industry

The Rise of Startups

From data sharing to insight sharing

However, if you would like to share the information in this article, you may use the link below: